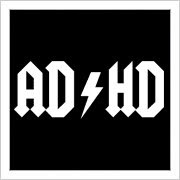 Yesterday, Son #2 was attending a confidence boosting course (yes, I realise the irony in that - he's the least needy of this, isn't he?) to aid the transition from primary school to high school.  A packed lunch was needed - all with disposable packaging - so we headed to the corner shop for a carton of drink for him on the way to school.


I sent him in with a shiny £1 coin and he returned with two drinks in grey plastic bottles, sporting those flip-out spouts.


"Two for a pound, mum.  Can I take the other one for rounders practise after school?"

I was re-tuning the radio, glanced over, saw the very innocent looking bottles,

During the day, Kev got a phone call at home from Jake's teacher explaining that she has had to take Jake's drinks off him as she knows we are very careful regarding what food and drinks he has (his ADHD is controlled by diet, sports and praise, not medication).  He was hyped up to the eyeballs and uncontrollable.


It turns out that the drinks were caffeine-based energy drinks.  What was I thinking?  Why didn't I check the bottles?  At tea time he was still buzzing and couldn't sit still, jumping up every couple of minutes, putting a minuscule amount of salad cream on his plate to dip his potatoes into (don't ask!), over and over again, talking nineteen to the dozen, stumbling over his words because he couldn't talk fast enough, rocking from side to side (the one trait that we recognise when he is becoming hyper).


He didn't calm down until about 7.30pm, so that was about eight hours of buzzing.  Crap!  It's OK to make light about wishing you had energy like that but can you imagine having so much energy that you have to run and run and run and run until you get rid of it all?  Can you understand what it feels like to have so many words in your head that you can't speak them quick enough before you forget them?  No, me neither, but that is what I let happen to my little boy yesterday.
adhd attention deficit hyperactivity disorder diet drink family food