The Wits - A New Park 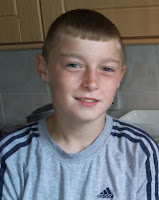 Hello, I am Jake and I am 11 years old.  I want to tell you about the new park that has just opened near my house.  A man called Mohammed (from Blackburn Council) came to my school and asked all the children what they would like to build on a park if they were allowed to do anything.  We had to draw things and Mohammed picked the best ones.  My design was chosen as one of the best so Mohammed said I could be on the design committee.  We had to go to a special meeting each week and make proper designs for the new park.  My slide and my zip wire were chosen to be made.  The slide has ladders inside it and is a metal tube that goes down and round.  The zip wire is really fast if your friends push you on it.


The park has been built for a while but it was opened properly on Friday 11th June 2010.  Jack Straw (the Member of Parliament that came to our house before the Election) opened it and all the design helpers were asked to go to the park to watch.  It was very exciting to see that children were going to play on the equipment that I had helped to design. 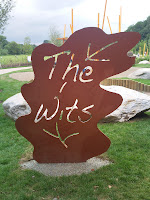 It is really good on there now and I went with my mum and dad today to show them everything.  There are lots of things to climb on, sand pits, the zip wire and the big slide.  There are also nice areas for mums and dads to sit and watch.  If you are coming to Blackburn then you have to go and have a look.  It is on Witton Country Park, near the visitor centre and it is free to use.  I hope you like my photographs as well.