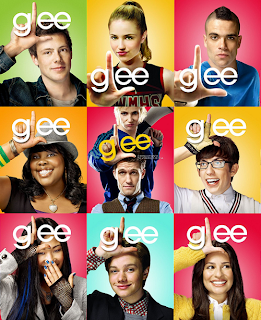 If you follow me on Twitter you will have noticed that I may have made the odd remark commented rather a lot about Glee.  I was a bit nervous about the final episode, "Journey", as I'd got a little tired of seeing Rachel sing with her eyes shut with emotion and the story lines over the past few weeks had seemed to lack...  I don't know... something Gleeful?  There have been some fabulously genius moments like Artie's flashmob in the shopping mall...
... but, I digress.