How Does Your Garden Grow...

July 03, 2011
I've never really got to grips with gardening. The garden has always been a place for the children to play out, somewhere for the dog to have a bit of a run around and we have never been creative, just always keeping on top of tidying up. Then when you move to a house with just a yard - and not even a little patch at the front - you miss your garden dreadfully. 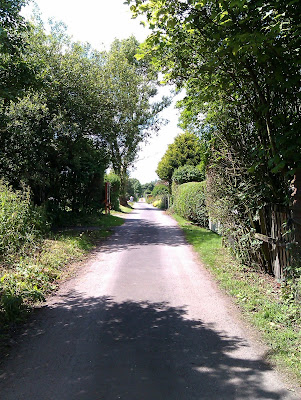 He's been there all week, just pottering. I begged him to take photos to show the "before" state of the plot but he forgot to take the camera. He hadn't done too much before I managed to get down there on Saturday so this is pretty much in its beginning stages. The chap who had the plot before us hasn't tended the plot for such a long time but we're very lucky that it we aren't starting at the beginning. It's exciting. I want to see into the future to see what we can make of it.

The drive up to the plot is lovely. There are a variety of plots; some mature, some just starting, some quite overgrown, some that make me want to leave home and move into their shed. There are chickens and ducks and an air of serenity. 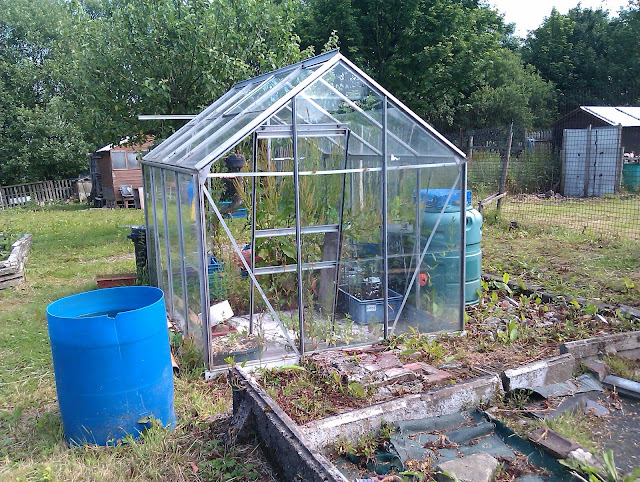 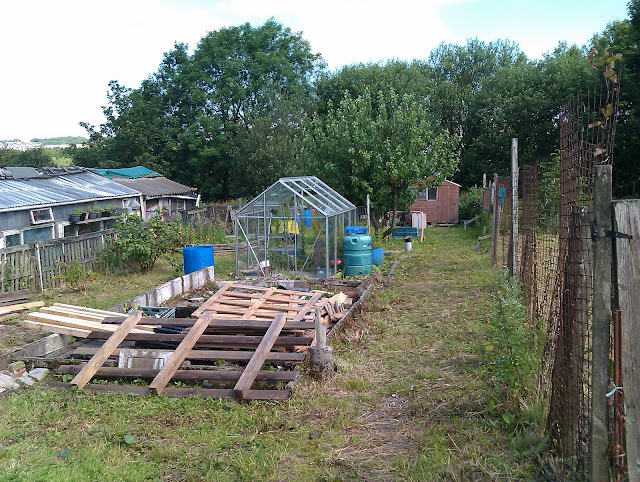 First sighting of the plot. IT'S MASSIVE!! We have to build a front fence and the committee is going to help build the fence between us and the plot to the left. We have a greenhouse, some raised beds and a shed. 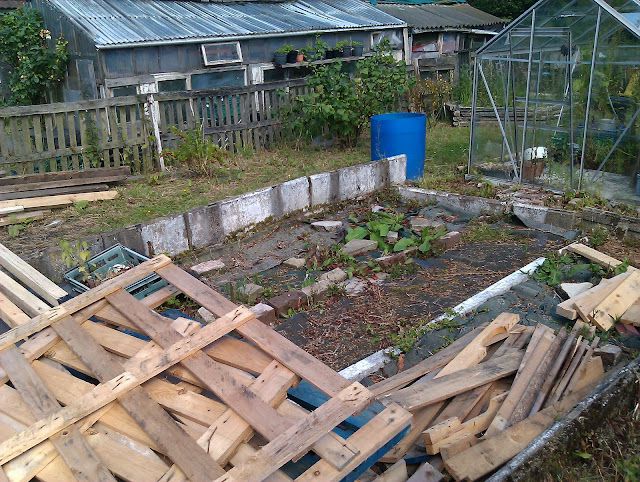 We have bushes laden with fruit, some almost ready for picking. I'm going to have to learn how to make pies now! Stand by for recipe requests. 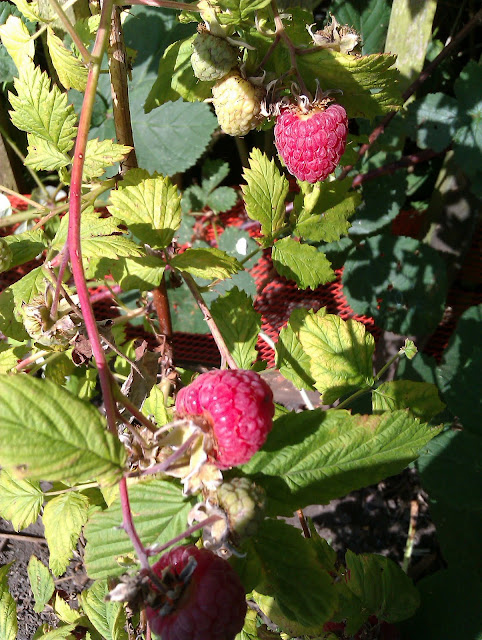 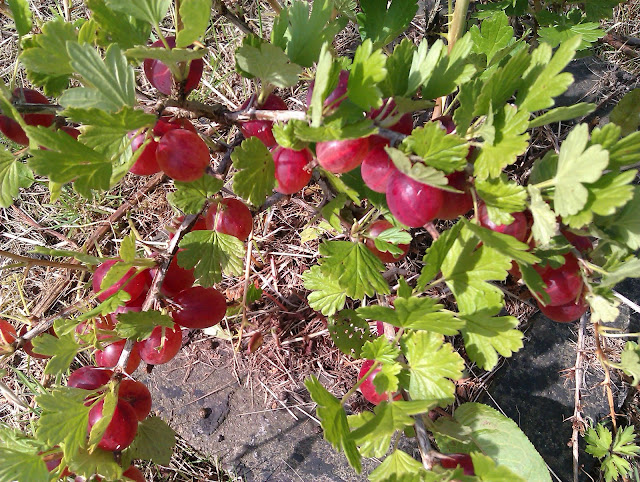 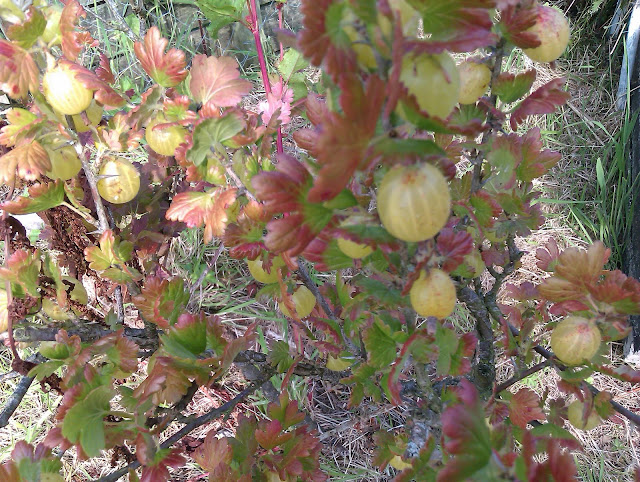 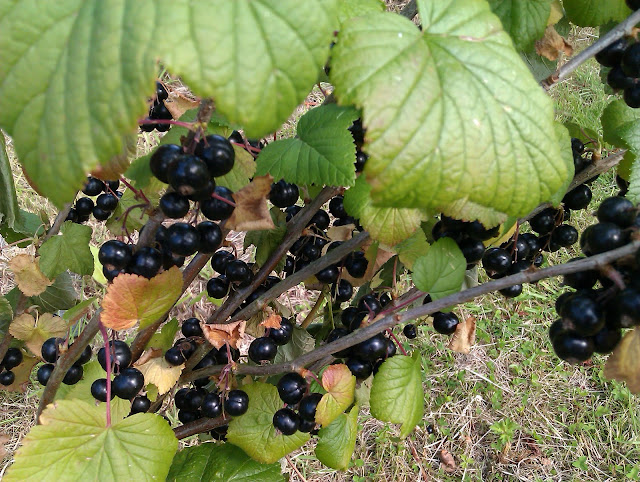 We have an apple tree bursting with apples. Hidden in the tree is a small bird box full of chicks. There is even a little swing for the grandchildren 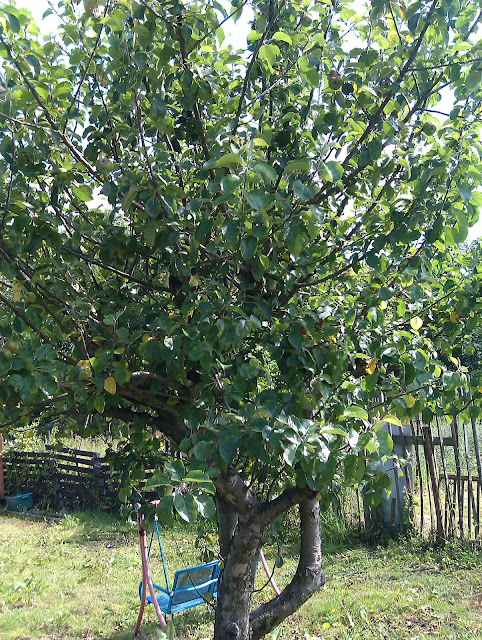 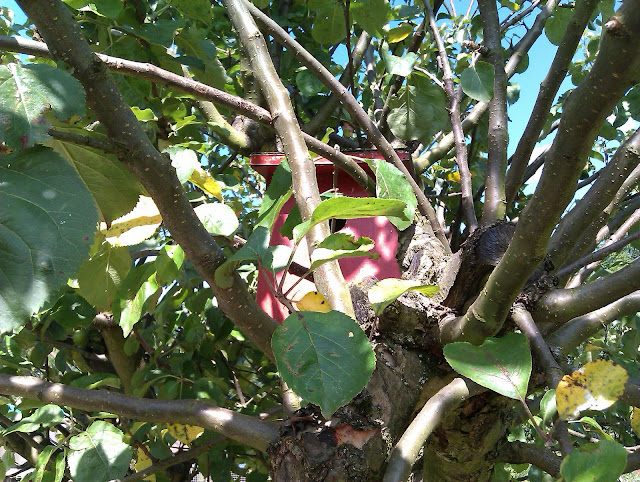 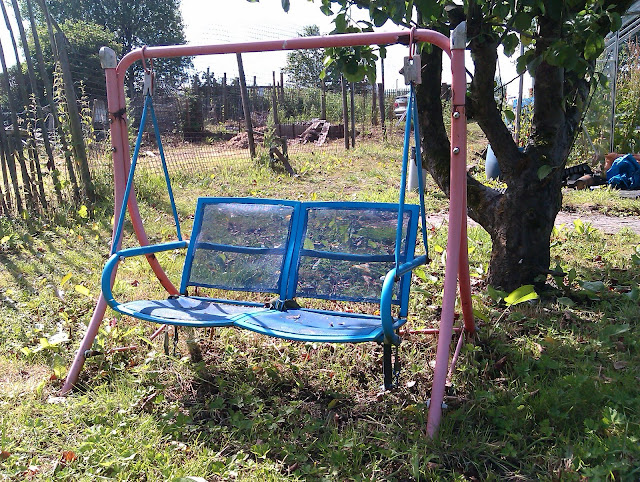 And the shed... Kev has always wanted a proper shed - like those from Solid Sheds. He has shed envy of the highest order when nosying round other potting sheds. Look - four days in and he's already set up with a proper "kitchen" area and has the rest of it planned out for all his bits and pieces. 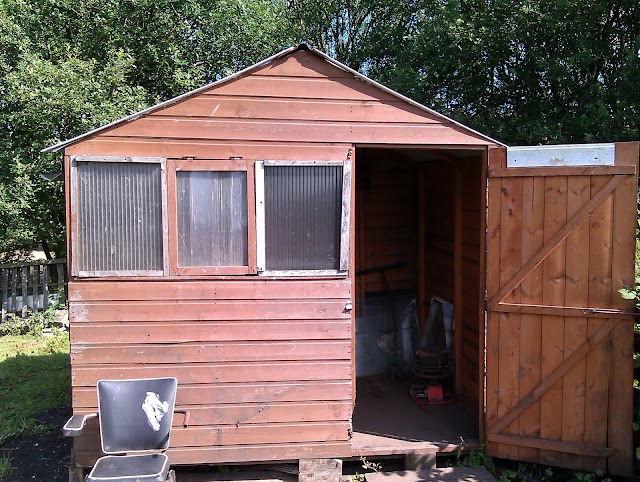 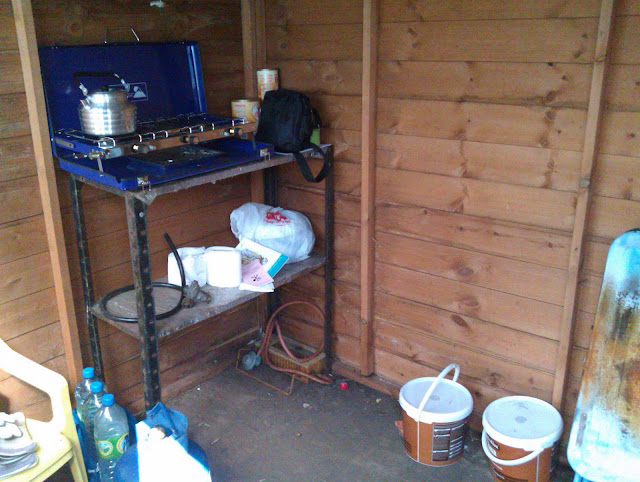 I have been told we will have chickens. I shall have to think of clever or amusing names for them. I'm liking the idea of honouring 80s pop stars. Himself wanted a goat but has been told that "hooved animals" are not allowed. Thank god for that! 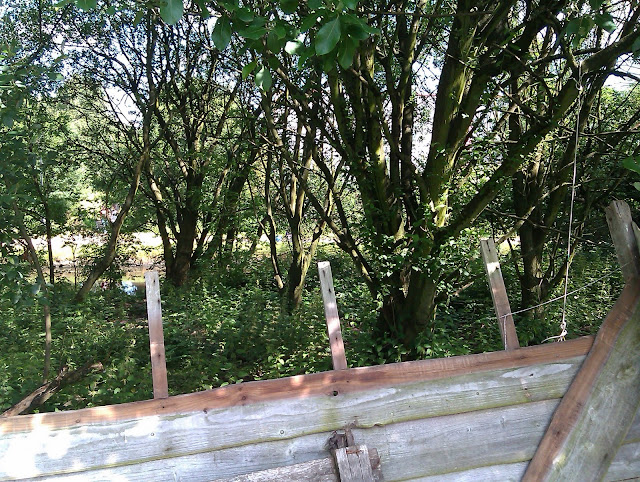 But it doesn't end there. We have this section too. A mysterious forest that leads down to the canal. It reminds me of Enid Blyton's Enchanted Wood. This section will really be last on the list but it just needs a bit of clearing and we can build a little wooden jetty-type affair so that the boys can fish on the canal. We also appear to have inherited a tree-swing too (the 12-year old was already ours). 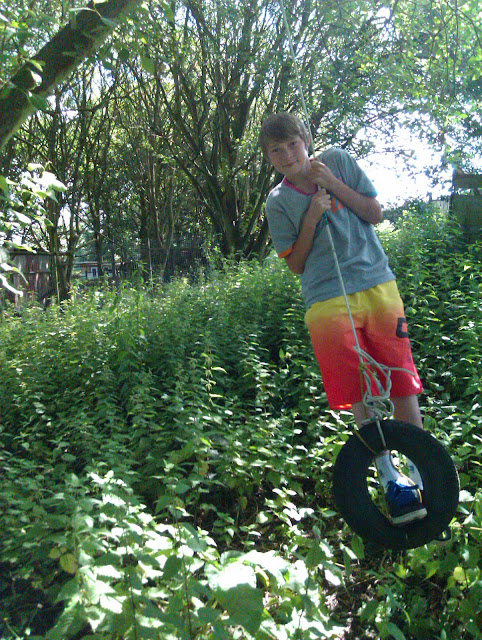