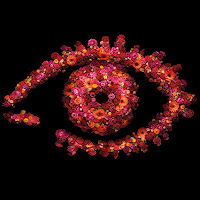 So the final series of Big Brother has finished and the winner was, unsurprisingly, Josie.  For me, she deserved it the most (despite staying in bed far too much) because she was the most genuine of the housemates this year.  One refreshing aspect this year was that none of the housemates were your stereotypical wannabe's that have dominated the last six series' (and the tabloids) so I genuinely warmed to most of them and didn't really "hate" the others as passionately as I normally do.  It's been interesting viewing.


Onto the Ultimate Big Brother two weeks series.  This has been billed as the most perfect way to round off Big Brother in the UK (although I still live in hope that someone will buy the rights and stick it on Channel 5 or a satellite channel).  All our favourite ex-housemates from the previous series' (and the winner of BB11) interspersed with Celebrity Big Brother housemates.  I was on the edge of my seat.  Who were they going to put it?  If they got the mix right this could be a fantastic two weeks viewing!

Brian Dowling - BB2 - winner (good call)
Chantelle Houghton - Celeb BB4 - winner (only famous for not being famous)
Coolio - Celeb BB6 - third (just so uncool... really uncool)
John McCririck - Celeb BB3 - evicted at some point (is there a stronger word than "hate"?)
Josie Gibson - BB11 - winner (I'm very surprised she agreed to go back in, to be honest)
Makosi Musambasi - BB6 - third (really - I don't remember her coming third!!  She's also an attention seeking bimbo)
Nadia Almada - BB5 - winner (there are no words, really - I don't get her)
Nick Bateman - BB1 - ejected (if Josie doesn't win, I've got my money on Nick)
Nikki Graham - BB7 - out, in, out, - fifth (*bangs head on desk*)
Samuel Preston - Celeb BB4 - fourth (only famous for marrying, and then divorcing, un-famous Chantelle, with a bit of singing in between somewhere)
Ulrika Johnsson - Celeb BB6 - winner (she didn't really enjoy appearing in her own Celebrity version so why put herself through it all again?)

(with the promise of two more new housemates over the next few days)
Source: Wikipedia

*sigh*  Do you feel as deflated as I do?  Are you as stunned as I am?  Are you shaking your head in disbelief?  Where are the real Ultimate Housemates? Busy? Out?  Not as needy any more?  I was really hoping that there would be a viewer vote to immediately evict one of the "Ultimate" Housemates.  I'd have spent my hard-earned money to evict Makosi there and then!

Anyway - I'm a little bit bored so I have decided to compile my own list of Ultimate Housemates and I can guarantee you that if I'd have been the booking agent and the purse strings for this, I'd have used my powers of persuasion and got this bunch of merry people together for your entertainment:

And finally *shuffles papers*, I hope they are paying Josie an appearance fee for these next two weeks.  If she'd have chosen not to go in to the UBB house then she would have been paid plenty of dosh for the usual circuit of interviews and public appearances.  And, of course, everyone else chosen as a UBB Housemate will have demanded their usual fee.

Who would you have chosen to go in?
big brother celebrity television