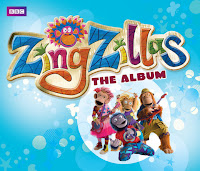 I'll be honest here.  When I was asked to review this CD as part of my "bargains for Christmas" posting spree I knew that it would never enter the CD tray of my stereo.  As soon as Our Chief Tester of Toddler Toys (Anticyclone Amie) saw the CD, she pounced on it, babbling some nonsense, and refused to release it from her grubby little mitts.  Her mummy and daddy were ever so pleased and were looking forward to bopping along to the track listing back home.


At risk of sounding old, I had no idea who/what the ZingZillas are but I was assured that it is one of the best pre-school programmes on the BBC at the moment.  And my granddaughter seemed to agree.  She has been grooving away to all 26 of the tracks on the album and I know that she would have been pleased to receive this in her Christmas stocking. 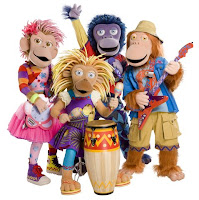 Musical influences on the album (and on the show) are varied: rock, soul, jazz, samba, big band - I actually think it's a good way to introduce children to "real" music, rather than the artificially produced sound that you hear so much of today.

As an aside, should I be worried that one of the songs is called "Let's Hear You Scat" or is that my mind working overtime again?