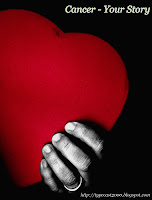 Editors note:  This is Suzie's story and is the twelfth in the series.  Suzie contacted me and offered me her story after reading a previous "Cancer - Your Story" piece.


Her story is very appropriate  for this Pink Friday series and Breast Cancer Awareness month, as you will see.  You can read Suzie's blog over at No Wriggling Out Of Writing and she's on twitter as @keatsbabe.


Suzie's story has also recently been featured on a six-web-page spread over at So Feminine so please take a look over there for more of her story. 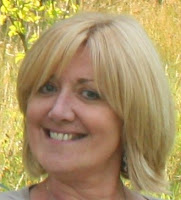 It was the summer of 2006 and in an attempt to gain some control over my life following a period off work with stress I had been on a health and fitness drive. I had lost about 20 pounds and was feeling better than I had in a long time.
Checking in the full length mirror, I was pleased to see that I could once again wear a low cut top without everything looking flabby. Then my eyes moved to my cleavage, and I saw at once that something wasn’t right. A chill came over me and I called my husband. I couldn’t bring myself to touch my own body, but checking for me Peter confirmed the lump.
That was the beginning of the greatest challenge of my life. Thousands of women every year are given the news I had – it was cancer. A mastectomy followed and tests showed that although the tumour (I still can’t bear to say that word aloud) was aggressive it had been caught early and had not spread. Chemotherapy (wearing a wig that made me look like a cross between Miss Piggy and Vanessa Feltz) would be followed by radiotherapy and 5 years on Tamoxifen. I now have as good a chance of survival as anyone else. This is Breast Cancer Awareness month, and although there have been marvellous developments in recent years that have saved the lives of women just like me, so much more needs to be done.
I want this to be a positive story in many ways. I recovered from treatment and have met many brave women, some great doctors and wonderful nursing staff in the four years since diagnosis. However, when the initial treatment ends many women find it hard to adjust to what passes for ‘normal’ life. What followed treatment was for me, and possibly for my family, worse than the cancer. In 2007 I developed severe health anxiety, far beyond the natural feeling of fear any cancer patient has that it will return. I couldn’t function at all; panic attacks, crying uncontrollably, incessantly checking on the internet for symptoms manifesting themselves because of the anxiety and constantly asking for reassurance. I eventually had to be referred to the Community Mental Health team, and a psychiatrist, who recommended Cognitive Behavioural Therapy. That was a very tough twelve months, but by the end of 2008 I was recovering. I got a job working for the mental health charity Mind and began to look to the future.
Part of the healing process was reconstructive surgery. It is not for all women; at first I didn’t care about having to lose my breast. I only had titchy ones anyway and I just wanted the doctors to get rid of the cancer. Two years later, and having lost a prosthesis on a dog walk (presumably as I bent down to tie my shoelaces – I pity the poor soul that found it!) I thought I should look into the procedure and in September 2009 I had the operation. Muscle was removed from my back and brought round to the front to match my other breast. It was painful – far worse than the mastectomy – and I was in hospital for a week. It has left me with some slightly amusing side effects too – if you prod me on the back I feel it in my breast (and vice versa) but I have never regretted the decision. I didn’t have implants, although my daughter, then 14, thought I should get ‘some big ones’ for the first time in my life. I didn’t want take any unnecessary chances. I wanted this one to be there for a good long time to come.
I want to say thank you here to the NHS which has supported me through this process. I have never felt as if I was taking up resources needed elsewhere and I discovered that the plastic surgeons would carry on until I was happy with the result, regardless. Thankfully I have only need small procedure since the original operation and now, in my 40’s, I am having my first tattoo. Of course there is little choice about where they put it, but apparently some women are keen to choose the shade – the doctor performing the artwork told me that he has recently completed a green nipple. It is the patient’s favourite colour...
The best things about having the operation for me though are; being able to wear swimming costumes and bras without pockets for a prosthesis, bras from La Senza and most importantly the sense that when lying down to sleep I can look down the length of my body and see two bumps not one.
So I was the statistical ‘one in ten’ women who discover a lump and have it confirmed as cancer. Most lumps are benign, but strangely I always felt I was going to be one of the unlucky ones. I would though urge all women to examine their breasts on a regular basis and go to the doctors as soon as you have any concerns. Even if the news is not good, treatment now is so much more successful and despite the horror I am beginning to feel like one of the lucky ones. Perhaps now I can truly move on. That is a hard sentence to write and the fear of cancer will always be there, but for my sake, and that of everyone else around me, this time I must mean it.
* * *