July 18, 2010
Today's post is from Paula whom I know firstly from Twitter (she tweets as @PaulaMaher) and the #FridayTwiz (I think we originally discovered each other through the #followfriday recommendations) and secondly from her blog - Dipping My Toe In.  I've posted this today as I think it links in really well to Jenny's post from earlier.  Over to Paula...


* * *
I once had a friend who had a five-year-old when she had her second boy.  She was always quite forward thinking and first-born was outspoken and confident.  On one of the their premiere outings as a two child family, an unsuspecting old lady approached first-born and said, "Oh, look at your beautiful baby brother! Did you find him under a cabbage leaf?".  To her horror and everyone else's amusement, first-born replied, "No. Daddy put his penis inside Mummy's vagina". 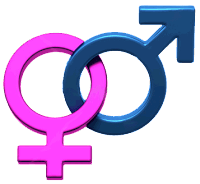 Ok, so I know this will shock those of you that aren't creased up, but to me, it just seems logical.  Talking to kids about sex is never going to be easy.  But I've always thought that an open and honest approach would be the easiest for my lads to understand and the best for me to explain. It isn't without it's difficulties though!

I was brought in with a wonderful family by two Irish Catholic parents in Dublin.  The one failing in our family was explaining adult issues to us as kids.  Although partly due to her relationship with the church, I also imagine that my mum was embarassed and found it hard to broach such subjects.  I'm not sure it was always the case, but when I was born, she was in her forties so these confrontations may have become harder as she got older.  I was the youngest of nine kids, so to be blunt, my folks were familiar with the beast with two backs!  Yet my childhood home was bereft of any talk of sex.  In fact, when a faintly sexual scene would come on the TV, my dad would tune out the set until it was over.  He called it "The Waves".  I learned nothing of puberty from my parents, choosing instead to talk to my older brothers and sisters who hadn't inherited the same cringe-neurosis!

As a young adult, I first realised how inquisitive kids can be about all matter reproductive!  Because, I suppose, I was the youngest Auntie, my niece and nephews felt I was fair game and would ask me questions they couldn't face asking their parents.  Once, while watching a tampon ad on TV, my then 7-year-old niece asked what it was used for.  Being taken totally off-guard, I did what anyone would do.... I said, "Ask your mum".  But she was far from satisfied with my response!  "It's ok, just tell me.  Tell me what it's for.  Tell me a bit, explain it to me" and on and on ad infinitum!

So when my boys were born, I was a little prepared for what lay ahead.  I was going to be honest.  I was going to be open, never shirk from any question.  I was going to explain it in simple terms, so as not to overwhelm them.  And I was never going to resort to age-old clichés.  And so I waited for the day to come, for the tirade of embarassing questions, my chance to show that I hadn't inherited my parents shortcomings.  I imagined scenarios we'd all seen before - "Daddy, where did I come from?" (cue: lengthy conversation about the birds and the bees) "Oh, ok Daddy.  Coz Billy said he came from Scotland"  I'd practiced diagrams.  I'd planned where we'd sit, making tea, sharing a reassuring cuddle afterwards.

But the questions never came!  They started school none the wiser.  Moving on to key stage 2, they'd still shown no signs of interest.  Then, in year 5, FB came home with a note to sign.  "It's just so that we can learn about sex and stuff" he blasély remarked.  What?  Wait... but WE haven't had the conversation yet!  I haven't had a chance to be open-minded and 'down with the kids'!!  So I asked him if he wanted me to explain anything before he went and spoke about it in school.  He declined.  He went to school and listened to a male teacher he hardly knew tell him what would happen to his growing body.  He saw a slideshow.  He took it all in.  He came home and asked no questions.  I quizzed him on what he'd learned to the point where I think he thought I was clueless.  The school had done a thorough job.  I'd never had much confidence in their ability to teach my lads about Maths and Science, but it seemed in Sex, they excelled!  And the following year, second-born when through the same procedure, with the same results.  I was perplexed!  While I'd be planning my strategy, the education system had blasted into the 21st century and smashed all preconceptions (pardon the pun!).   I was impressed.  So it wasn't fully comprehensive, but it was age-appropriate, easy to understand and it broke the ice for all future discussions at home about the S-word.

Since then, we've all got older.  As teenagers now, our conversations are regularly steered towards what are no longer awkward conversations.  We discuss things they may come across on the internet, what's acceptable and how to deal with them.  We discuss emotions and how they affect sexual feelings.  Whatever questions arise from what we watch on TV, we answer (when we can... sometimes even I have to google! Recent calls to google include "Donkey Punch" and "Eiffel Tower"!) Mostly though, we as parents try to put across that it's all normal.  Whatever it is they think, feel or see, someone has done it before.  And sometimes our openness can lead to red faces, but now it's not ours.... it's theirs!