I really would appreciate any hairdressers advice or teachers input on this one please.

Jake started high school last week and was very self-concious about a patch of alopecia at the back of his head - the result of a careless somersault-related prank over the summer holidays.  It is definitely caused by a bang to his head and the hair has already started growing back, albeit very fine strands.  He definitely didn't want to go to a new school environment drawing attention to himself.  I had scoured the school website and all the paperwork sent to us prior to the start of the new academic year and found no school rule that prevented the haircut we had planned to cover up the bald patch.  Because I had heard that the school had previously banned "V-cuts" (see below for a visual explanation), I sent a letter in with him on his first day, explaining the situation, promising to have his hair restyled once the alopecia deceased and included my phone numbers so that if there was any discussion to be had, someone could ring me straight away.

Here is Jake on his first day.  Doesn't he look excited?  And smart?  And inoffensive?
Butter wouldn't melt... 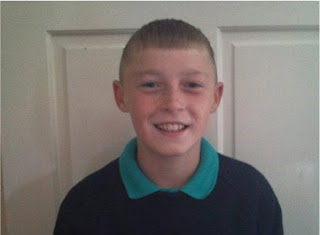 He came home from school with a very mixed-up story about how he had to have his hair cut over the weekend because it is a 'banned' style and that the school would be in touch with me.  I waited for the contact from the school and heard absolutely nothing.  I thought that there was a mix up in communications.  After all, I had written a letter explaining the situation.  I had provided the courtesy of making first contact.

I look a couple more pictures over the weekend.  Here is the haircut from the side and the back.  Yes, the sides are a little short here but they have grown since the weekend and don't look quite as severe any more: 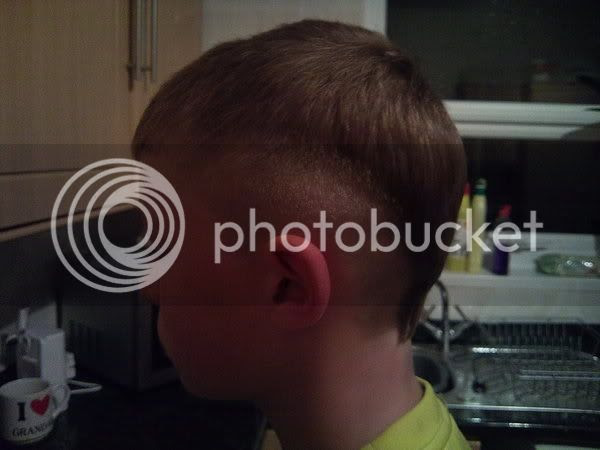 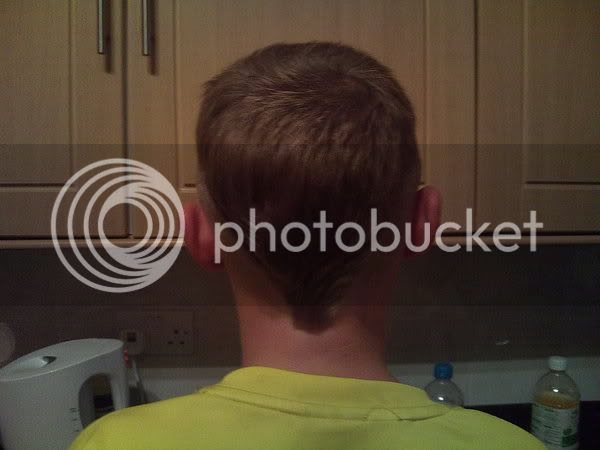 and this is what the haircut is covering: 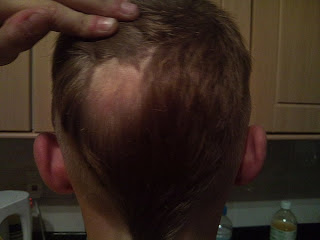 Anyway, he came home last night and said that he had been told he would be "in trouble" if he didn't have his hair restyled/re-cut before the morning.  First of all - still no contact direct from the school.  It's all well and good sending an oral message home with an 11-year old boy but we all know that they are likely to forget it as soon as they see a football/sweet shop/episode of iCarly/their evening meal.  Secondly, I have made the decision to have his hair styled like that, not him... so if anyone is 'in trouble' then surely it should be me?  Oh, and if anyone can show me a barbers that is open before 8am and after 6pm during the week (in our area) then I'd have gladly taken him for a consultation as soon as the school would have asked.

I phoned the school this morning and spoke to the Head of Year 7.  She informed me that I was on the list of parents who had been contacted last week regarding.... HOLD ON... erm, No, I wasn't contacted... rewind. There was further discussion and profuse apologies.  I also asked her to point out where it was stated that this type of haircut was banned.  She said it was on a uniform sheet and read out the phrase "no extreme haircuts".  When I asked her to define what an extreme haircut was she explained that it was something unusual, possibly dyed.  A discussion ensued regarding their definition and I asked how many of their female pupils had coloured hair, how may of the male pupils had spiked hair... you get the idea... you all know me by now.

I have agreed to have the edges of the hairstyle 'blended in' at the weekend.  I still don't see how it is considered extreme or offensive and how it is going to affect his learning ability.  I'd be very grateful if any teachers could shed any light on that particular viewpoint.  And also advice from any hairdressers as to the best way to cover up the aolpecia for the foreseeable future.
Labels: alopecia family parent blogging parenting school 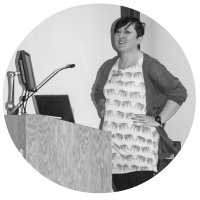